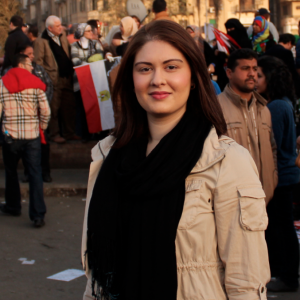 Carmel Delshad is an award-winning multimedia journalist based in the USA and Cairo, Egypt. She studied international reporting at The City University of New York’s Graduate School of Journalism, where she earned a master’s of arts in journalism, with an emphasis on broadcast media.

Carmel’s work has been published in World Policy Journal’s Blog, The New Yorker Blog, WUSF 89.7 FM, The Post Internazionale in Italy and in other various publications.

She is the recipient of the 2012 Robert F. Kennedy Journalism Award for I Marched Along,  a website featuring interviews with leading Egyptian politicians, activists and civilians on what they believe will be the future of women in Egypt, post-revolution. 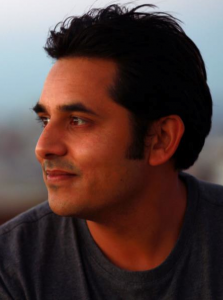 Jigar Mehta is the Director of Operations at Matter, where he looks to support entrepreneurs building a more informed, connected, and empowered society through our 4-month start-up accelerator in San Francisco.

His current documentary project is 18 Days in Egypt which is powered by GroupStream and supported by Tribeca Film Institute and Sundance.

Jigar was also a Knight Journalism Fellow and a video journalist at The New York Times and is currently a boardmember with the South Asian Journalists Association. 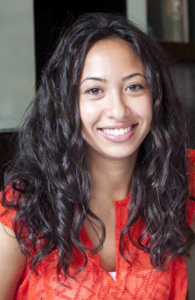 Yasmin Elayat is an Egyptian-American interaction designer and creative technologist designing and developing interactive installations for physical spaces and interactive storytelling projects for the web.

Yasmin is the co-creator of 18 Days In Egypt: A Collaborative Documentary Project about the Egyptian Revolution which calls on the Egyptian community to tell their story of the ongoing revolution using their own media.

Yasmin is currently the co-founder of a technology start-up called GroupStream. GroupStream is visual group storytelling tool that empowers groups to easily bring together their social media fragments, such as tweets, Facebook updates, photos and Youtube videos, to easily tell stories together. She currently lives in Cairo.